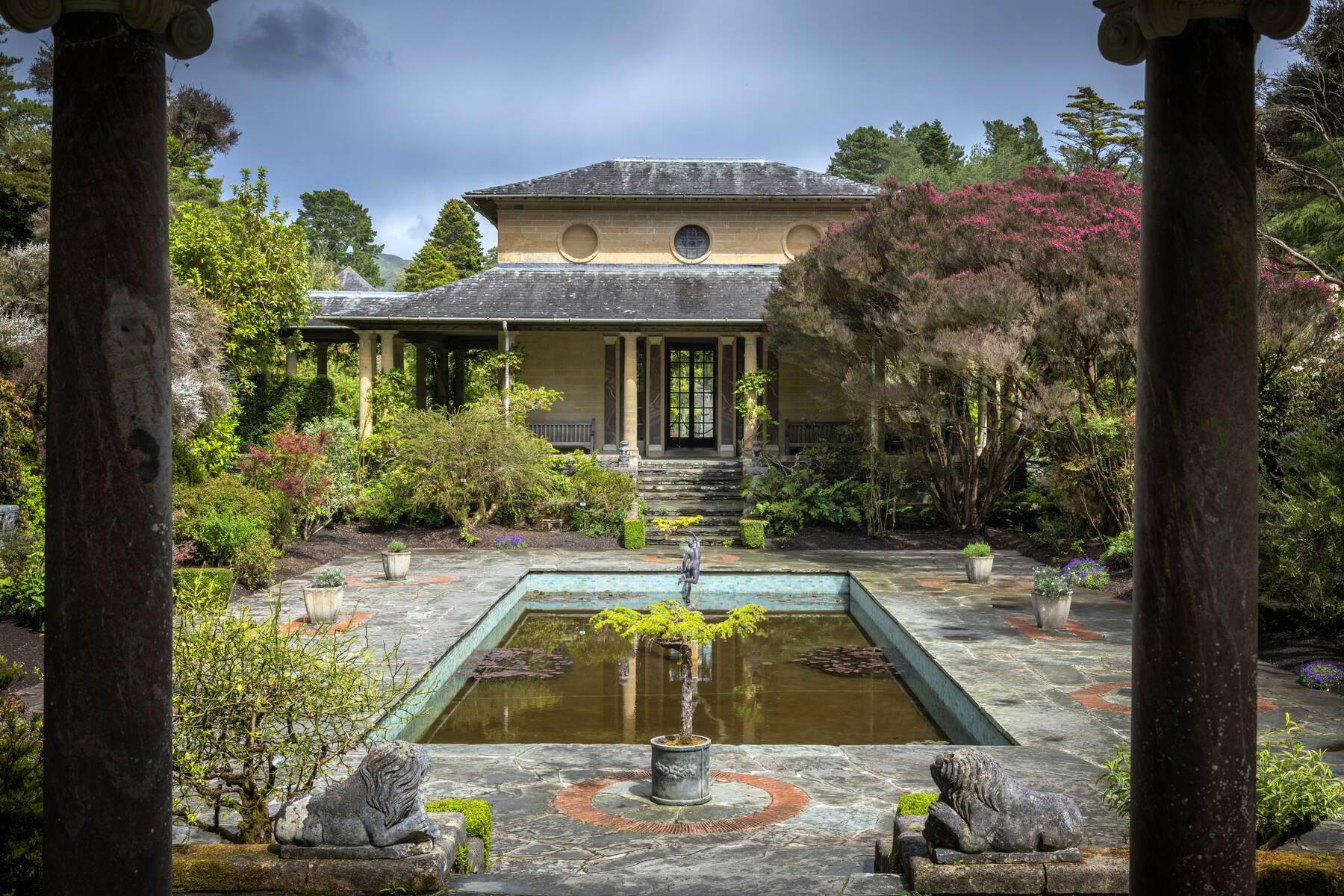 The exotic beauty that delights visitors to Garinish Island gardens is the product of an extraordinary creative vision!

Garinish island – just a short boat journey from the picturesque village of Glengarriff in West Cork – was originally known as Ilnacullin, or the Isle of Holly. It is also sometimes called Garnish Island.

It was bought by Annan and Violet Bryce in 1910. The Bryces and the renowned architect and garden designer Harold Peto had a remarkable plan to transform the rugged island on Bantry Bay into a delightful garden estate.

The private garden retreat they set out to create harnessed the warmth of the Gulf Stream and the rugged beauty of this small West Cork island. The Bryces and Peto drew inspiration from classical architecture. And they took advantage of other island features, including with the Martello Tower built there as a military defense during the Napoleonic Wars.

The sheltered environment of Garinish Island meant that they were able to bring rare and exotic plants and trees to the island. Over 80 years later, many of these rare and unusual plant speciments contine to thrive on the island, despite the occasional wildness we experience on West Cork’s Atlantic coastline!

The picturesque gardens on this idyllic West Cork island are a natural haven for all kinds of exotic plants and trees.

The island’s micro-climate means manuk trees, magnolias and a wide variety of rare and unusual speciments from the Global South flourish here.

There is an ever-changing display of colour throughout the changing seasons across the island.

Gifted to the people

The amibitious plans for the Garinish Island gardens were not completed before Annan’s death in 1923, but his son generously donated the island to the Irish State in 1953 for the enjoyment of all. Today, the rich beauty of this garden paradise, and its stunning architecture continue to delight visitors of all ages. The scenic boat trip that takes you across to the island is all part of an experience where you can leave the cares of the world behind you!

The Garinish Island gardens are managed and cared for by the Office of Public Works. The gardens are open to the public from March to September.

Our 10-minute boat trips to the island leave twice an hour from the Blue Pool, just a two-minute stroll from the centre of Glengariff village.

Plan your visit to Garinish Island

A necklace of islands are studded along the West Cork coastline, and communities are still based on seven off-shore islands. In Bantry Bay alone, you can visit Dursey Island, Bere Island, and Whiddy Island, as well as Garinish!

So, why not try some island-hopping during your West Cork holiday?